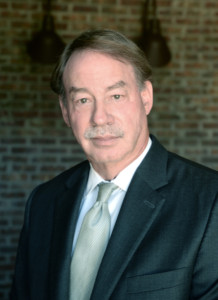 Christopher J. Collins is a founder and shareholder and the president at Collins, Zorn, & Wagner. Chris has an AV Preeminent rating from Martindale-Hubbell and has been named an Oklahoma Super Lawyer. Chris has been a litigator in private practice since 1980. In 1996, Chris co-founded the firm and has greatly contributed to its development as one of Oklahoma’s most notable civil rights defense firms. His practice is focused in the areas of civil rights, employment law, and product liability.

Chris has dedicated his career to providing effective and efficient legal services to meet the distinctive needs of local governments. The firm’s philosophy is based on providing advice and representation that allows policymakers and boards to achieve their goals while minimizing legal risk. Chris has represented public agencies, including the majority of Oklahoma’s 77 county governments, a vast number of Oklahoma municipalities, as well as other public agencies. His experience is extensive in advising and representing public agencies on all areas of civil rights, employment law, and government operations. Chris has successfully defended against hundreds of allegations based on the use of excessive force, deadly force, police pursuit, search and seizure, jail suicide, inmate medical care, jail conditions, and general law enforcement liability.

Chris has been a regular speaker on the topics of civil rights and employment law for many years with the Association of County Commissioners of Oklahoma and the Oklahoma Sheriffs’ Association.